Afghanistan, 1977. Kanishka Nurzada, the son of a leading carpet seller, falls in love with his friend Maihan, with whom he shares his first kiss at the age of sixteen. Their romance must be kept secret in a nation where the death penalty is meted out to those deemed to be kuni, a derogatory term for gay men. And when war comes to Afghanistan, it brings even greater challenges-and danger-for the two lovers.
From the cultural melting pot of Kabul to the horrors of an internment camp in Pakistan, Kanishka’s arduous journey finally takes him to the USA in the desperate search for a place to call home-and the fervent hope of reuniting with his beloved Maihan. But destiny seems to have different plans in store for him.
Intimate and powerful, The Carpet Weaver is a sweeping tale of a young gay man’s struggle to come of age and find love in the face of brutal persecution.

Disclaimer: I received a physical copy of the book from Penguin India in exchange for an honest review! However, the thoughts, opinions expressed in the review are entirely my own.

The Carpet Weaver is the debut novel of the author; and it takes guts to pick up a topic that looks to be not only emotionally eviscerating but also a coming of age experience that will deeply resonate with its readers.

The Carpet Weaver follows Kanishka Nurzada, a 16 year old boy, son of a Carpet Weaver in Afghanistan, who wants to continue in the family business; though his father has his own aspirations for his only son. He has his own secrets, one that his own religion will never accept and something he KNOWs his parents never will – that he is a ‘Kuni’; a derogatory term for gay men in his religion (and his country!) – especially when his country has no tolerance were something that is considered abnormal.

When he falls for his best friend, Maihaan, a love that is as forbidden as it is tantalising for both, they can only enjoy a few weeks of bliss together, but in the background, Afghanistan is undergoing a turmoil that will shape not only its future, but also that of its citizens and its neighbouring countries.

The author has done quite an intriguing job of detailing the history of Afghanistan without losing the humanistic touch provided by Kanishka’s life – his life, that shows the resilience of humanity against the difficult obstacles posed by the universe. Kanishka looses his home, his country, his life and the love of his life; but never loses his need to fight – a strength that makes sure that his family, through trials and tribulations, find refuge in another country. 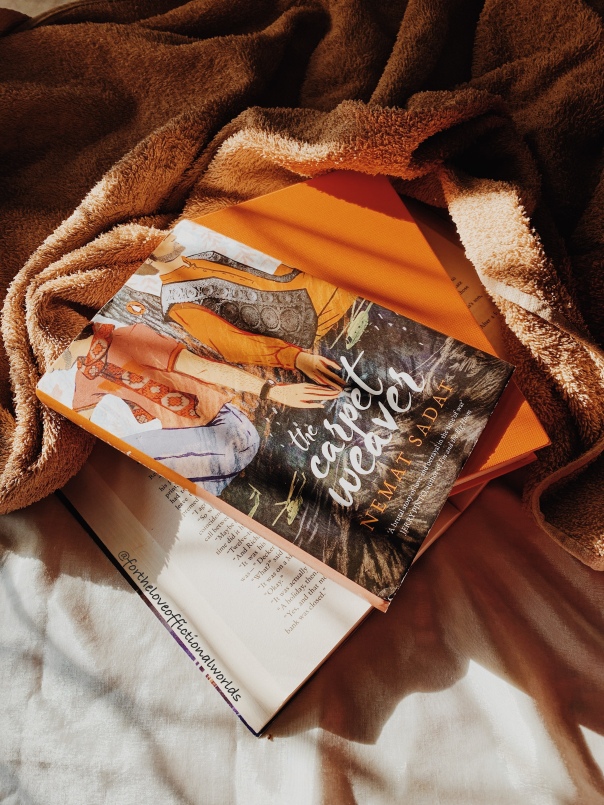 Though there is a little bit of crudeness involved while Kanishka is exploring his own sexuality, which at times did become uncomfortable for me, as a reader – and there were times when the exploration of Kanishka’s sexuality felt forced into the timeline, or rather more importantly, it wasn’t as seamlessly included into the plot as it should have been.

What the author gives us is a story and a protagonist that is full of hope, even through trying times and has the strength too recognise, to accept who he is, to fight for his own identity even against familial and religious pressure.

Nemat Sadat has talent for writing stories; and I am looking forward to seeing his journey as a writer in the future!