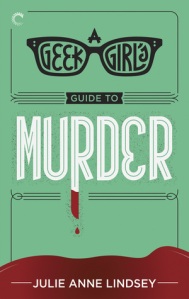 IT manager Mia Connors is up to her tortoiseshell glasses in technical drama when a glitch in the Horseshoe Falls email system disrupts security and sends errant messages to residents of the gated community. The snafu’s timing couldn’t be worse—Renaissance Faire season is in full swing and Mia’s family’s business relies on her presence.

Mia doesn’t have time to hunt down a computer hacker. Her best friend has disappeared, and she finds another of her friends murdered—in her office. When the hunky new head of Horseshoe Falls security identifies Mia as the prime suspect, her anxiety level registers on the Richter scale.

Eager to clear her name, Mia moves into action to locate her missing buddy and find out who killed their friend. But her quick tongue gets her into trouble with more than the new head of security. When Mia begins receiving threats, the killer makes it clear that he’s closer than she’d ever imagined.

END_OF_DOCUMENT_TOKEN_TO_BE_REPLACED

In Dirt Daughter, seventeen-year-old Elena Black has concealed the secret to her childhood friend’s murder for eight years. With the possibility of a college scholarship looming, she plans to keep that secret and flee her dysfunctional home; one with a drug-addicted mother, a stepsister she just met, and a bitter, abusive uncle. But, when a detective reopens the cold case and a friend sets her up on a date with the new boy at school, the past and present collide, threatening Elena’s future plans…and her life.

END_OF_DOCUMENT_TOKEN_TO_BE_REPLACED

When Eric Tanner, an assassin, is targeted to be murdered by his former employer, he seeks refuge in the house of a blind woman, Anne Mullen.
Eric knows how to live in silence. He’s done it all his life. So when he discovers Anne is blind and living on her own, he thinks this would be his perfect hideout.
But then he makes the mistake of his life. He forms an attachment to her. And for a man in his profession, such attachments are a weakness. Now, he must do everything he can to protect Anne from the world he’s come from.

END_OF_DOCUMENT_TOKEN_TO_BE_REPLACED 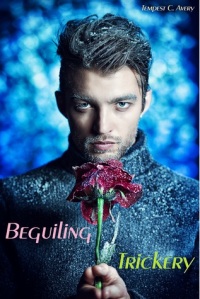 Two all powerful beings want her. One is a literal nightmare, the other is a god straight out of mythology.

Kenna Erikson knows absolutely nothing about Norse mythology. Which is daunting, considering she’s a volur, a type of seer the Vikings believed garnered favor with the gods. For the most part, she ignores her gifts, and the useless ability to foresee thirty or so seconds into the future. For as long as she can remember, she’s had only herself to rely on, and she likes that just fine. However, when shadows suddenly come alive and attack her, she’s forced to seek outside help in the form of tall, blonde, and infinitely annoying, Luka. Somehow, Luka knows all about her attackers, and the mythology they spring from. He’s also eager to help out, despite the fact they’ve only just met. But what secret is he keeping? Who is he really? And why does her heart flip every time he’s around?

END_OF_DOCUMENT_TOKEN_TO_BE_REPLACED 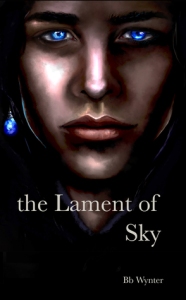 There once existed a collective of Gods called the Duwaiu. Mortal long ago – now bound together for a thousand years – the Duwaiu swore allegiance to the Vildarii: three faceless entities that governed the spirit worlds, Otherworlds and the Hell plains; ensuring that the great wheel of life continued to turn.

But the second Vildarii, Guardian of the Hell plains, desired that there be ultimate suffering upon the world and drove all the Duwaiu Gods into madness. As consequence for their insanity, the Rhai-Angof – a ferocious female race – were hunted unto extermination and the essence of the Vildarii was crafted into three human men.

Lilyth, the last remnant of the Rhai-Angof, fights to survive against the ruling, tyrannical Vildarii regime. Her journey leads to encounters with William, the only remaining Duwaiu God; Sky, an ethereal being of otherwordly magic; and a philandering sky-pirate named Vergo.

As they progress through their adventure together, Lilyth slowly begins to piece back memories that were stolen by the magic of the Vildarii. Eventually, putting together the puzzle of the regime’s evil scheme, it leads to an unforgettable climax, where races and worlds collide.

END_OF_DOCUMENT_TOKEN_TO_BE_REPLACED

It’s been more than thre weeks, since I turned 24. END_OF_DOCUMENT_TOKEN_TO_BE_REPLACED

END_OF_DOCUMENT_TOKEN_TO_BE_REPLACED

In a dark horror novella for fans of Stephen King, Joe Hill, and Dean Koontz, one unsuspecting man faces a mass murderer who’s turned the afterlife into his own terrifying playground.

Some men fear their own deaths. Others dream of peace and heaven. But Albert knows exactly what he wants: to be the lord of his own private hell, where his eternal reward will be torturing the souls of his victims. And he knows how to get it.

While Chuck’s dream of a promotion may be ordinary, his career is anything but. As a Recon and Enforcement Technician, Level II, at a mysterious organization known only as the Institute, Chuck spends his days rescuing souls that get trapped between this life and the next, caught in mini-hells known as crossfades.

Lydia has no dreams—only nightmares. There will be no awakening from the impossible realm of terror and pain where she’s trapped . . . unless Chuck tracks her down. But this rescue will not be easy, not for a mere Level II technician. Because, in this place, Albert is god. And he’s determined that none shall escape his wrath.

I received a digital copy of the book via TLC Book Tours in exchange for an honest review.

Chuck has a job. Like every other adult in the universe, he has a job. Normal and mundane right?

Chuck’s job is anything but ordinary! Recruited after taking a standard psychological test – Chuck now works to send souls to where they belong form a place called Crossfades. Crossfades is the place where the souls are stuck – still not believing that they are dead and now have to move on! Everything is normal, or as normal as it can be until it isn’t!

William Todd Rose does a bloody brilliant job of weaving pleasantness into a nightmarish reality before you even realise what the heck is going on! He has made The Institute – the one Chuck for is a brilliant development by Rose and I for one can’t wait to read to more about it!

The best part is, while this book may have been classified as a dystopian novel, it is more of an eclectic collection of genres from horror to sci-fic to dystopia to even fantasy at times! It is quite brilliant!

I can’t wait to read the next book – Bleedovers which I hope will give more insight into the world Rose has created.

If you love a mixture of Horror, Sci-fiction and stories that don’t let you sleep – read this! Just don’t make the mistake I did – or you’ll not be able to sleep for a week 😀

Enter to win a $25.00 eGift Card to the eBook Retailer of the Winner’s Choice + an eBook copy of CROSSFADES by William Todd Rose please click on the rafflecopter image below. 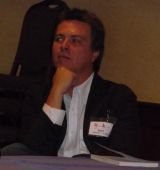 William Todd Rose writes dark, speculative fiction from his home in West Virginia. His short stories have been featured in numerous anthologies and magazines, and his work includes the novels Cry Havoc, The Dead & Dying, and The Seven Habits of Highly Infective People, and the novella Apocalyptic Organ Grinder. For more information on the author, including links to bonus content, please visit him online.

When Kat accidentally rips apart an old picture book, she’s magically transported into the world of Cinderella–as Katriona, one of the ugly stepsisters! Life turns upside down now that she’s a highborn lady and must learn how to survive the social season, including how to get through the door in a huge metal hoop skirt. To get back, she’ll have to complete the story, right to the end of happily ever after. But the odds are huge: the other stepsister is drop-dead gorgeous, the fairy godmother is nowhere to be found, and the prince, despite being insanely hot, openly dislikes balls. Can she ever return to the modern world?

END_OF_DOCUMENT_TOKEN_TO_BE_REPLACED

Fleur Smithers rarely veers off the straight and (excruciatingly) narrow. So moving to the seaport town of Toulon to live with her newfound biological mother—an inspector with the French National Police—for one year is a pretty major detour.

Son of France’s crime royalty family and international rugby star, Louis Messette, is devoted to his sport, famille and nothing else. But the carefree American he meets one night changes everything. She sparks a desire in him like no other. Possession takes root. She will do as he commands.

Bit by bit Fleur slips into the Frenchman’s realm of wanton pleasure agreeing to his one condition: that she keep their affair secret. She serves up her heart without reservation in the hub of the glittering Côte d’Azur, and the along the soulful Seine in Paris, unaware of the danger she is in. For her new lover’s family business will pit her against her mother, the police woman sworn to bring down the Messettes. And by then, far more than Fleur’s heart will be on the line.