I am here to present to you one of the most eagerly awaited Contemporary Romance books of the year! Yup! You got it right – you are now going to be reading about FOREVER WITH YOU by JENNIFER L. ARMENTROUT!!! Can we have some excited squeals now??

This book, published by Avon Books, an imprint of Harper Collins, is being released on the 29th September and we are here to celebrate it’s Release Week 😀

In this stop, you have the opportunity not only to win amazing prizes but also to catch a little sneak peak into what we can expect with Nick and Steph!

Are you excited yet? Because I sure as hell am! Let’s do this 😀

END_OF_DOCUMENT_TOKEN_TO_BE_REPLACED

Welcome to my stop on the Blog Tour of Hold Me Until Morning by Christina Phillips hosted by the lovely and wonderful Indie Sage PR (Seriously, I absolutely adore these people!) 😀

So go on, check out my thoughts on this wonderful romance, catch a sneak peak into the story, and don’t forget to enter the amazing giveaway as well 😀
Enjoy your stay, lovelies ❤ END_OF_DOCUMENT_TOKEN_TO_BE_REPLACED 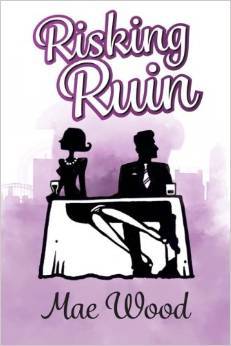 Marisa Tanner’s most important client, multi-billion dollar family-owned Brannon Company, has been sued by nine of its employees for sexual harassment. Marisa is a pro at handling sexual harassment allegations, but will she be able to handle the CEO’s prodigal son as well as she can handle the lawsuits?
Clients are off-limits and Marisa could lose her law license and livelihood, but Memphis playboy Trip keeps making strong plays for her. Their attraction is undeniable and chemistry electric. Can she have her career and Trip, too, or will she have to choose?
A steamy debut novel by Mae Wood, “Risking Ruin” is a standalone novel that blends the styles of chick-lit and steamy contemporary romance to create a world filled with strong characters in the lush environment of Memphis, Tennessee.

I won this E-book in a giveaway. That in no way reflects any influence on my thoughts and opinions written in the review.

As a rule, I don’t really read Chick Lit – not because I don’t like the genre, but because I somehow feel that I have never felt as close to this genre as other genre (Yes, I have favorites!! Shh! Don’t let them know?)

So, when I read the blurb, I actually sorta surprised myself by getting interested in this book!

This is a light-hearted book with enough mystery to keep you engrossed till the end of the book (really! I am not kidding! It even had me stumped).

I loved the writing style of Mae Wood – the dry sarcastic tone was on point and hilarious that I did my best to try speaking out the dialogues in the driest voice I could muster – that did not actually go well with the people around me, namely my supervisor but I really had so much fun doing it 😀

Mae Wod has created a character – Marisa – that any independent ambitious woman would actually identify with, insecurities and all included. It was like looking into a mirror, figuratively – all those thoughts and overthinking she does is so reminiscent of myself that it was eerie to read!

Trip (seriously? Trip?) is as adorably hot as he can get – at least the Trip we get to know through Marisa’s view. He is tenacious, hot and absolutely intelligent – perfect enough to actually not be a jerk at first like most fictional guys we meet (and let me tell you, we do meet a LOT of fictional guys!).

This book was hilarious from the start till the end, and the bonus mystery plot-line was the icing on the cake. I mean, seriously! I did not see that one coming – and somehow it’s really hard to surprise me anymore!

The only thing? I waited like crazy to get Trip’s POV – but I soon realised that I was reading a Chick Lit and you don’t really get the other side of the story and that’s just a shame – not only cause I NEED to have double POV – but because Trip’s mind would have been a brilliantly hilarious minefield to walk through!

Love chick lit? This is definitely worth your time. Need something light to brighten mood? Definitely pick this one up!

Lust or love? Can Marisa even tell the difference?

Juggling a new boyfriend who is constantly MIA for work, his mom who likes her just a little too much, a best friend whose husband might be sneaking around, and a busy career saving clients from sexual harassment lawsuits is pulling Marisa Tanner apart at the seams. Being with Trip is good, but is it real? Will he bail on her like her past boyfriends or for once in his life will Trip be able to maintain focus longer than the time it takes to close a business deal?

I received an eARC of the book via the author in exchange for an honest review.

This is the sequel to Risking ruin (and the review of which you can find above – just being helpful :P) and therefore, will contain some spoilers.

This sequel starts of where Risking Ruin left off – with Trip having a permission slip from his father to have a relationship with Marisa (cue the embarrassment and mortification, because ewww!) and both Trip and Marisa settling down (or trying to at least) into a relationship.

This book has a little more depth – and by depth I do mean a little more serious and definitely a lot more angst that was definitely a surprise but nevertheless welcome. It showed a lot of growth of not just the characters but the author’s as well.

It’s always a little difficult to show something other HEA for your characters after you are done with one part of their lives, but the author handles it with aplomb! She shows great insight but making us see that while we might want to live in the fairytale lands of our favorite fictional characters having a smooth ride for the rest of their life, it isn’t always so but that never does mean that you can’t have a few laughs even while you are down!

If you loved Risking Ruin, then there isn’t even need to recommend this book to you – you will automatically pick it up!

If you still haven’t decided whether to read these series, maybe giving these reviews a once over would do the trick? 😉

Well hello my lovely bookworms 😉 How have you been? Missed me? 😀

Of course you did! Even if it’s only been a day since my last post 😛

Well today, I am bringing you a blog tour for one of the most anticipated releases of this year – the follow up to the brilliant Millennium Trilogy by Stieg Larson hosted by the wonderful Hachette India 🙂

So why don’t you go ahead, check out my thoughts on this eagerly anticipated addition to a beloved series and enter an amazing giveaway where there will not 1, not 2, not even 3 but 7 (SEVEN) freaking winners who would have the opportunity to play grabby hands with 5 books including the Millennium Trilogy (India Only!)

So enjoy your stay at my humble abode, lovely bookdragons 😀 END_OF_DOCUMENT_TOKEN_TO_BE_REPLACED

I’m the guy you love to hate.

In every story in my life, I seem to end up playing the villain—and I’ve got the scars to prove it.

That role works fine for me, because I’m sure as hell not anyone’s hero.

I run my life and my empire with an iron fist—until she knocks my tightly controlled world off its axis.

She’s nobody’s damsel in distress, but I can’t help but want to save her anyway.

I guess we’re about to find out if there’s a hero buried … beneath these scars.

END_OF_DOCUMENT_TOKEN_TO_BE_REPLACED 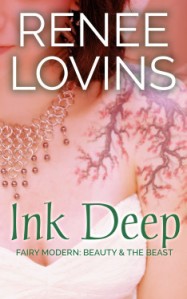 Most of Briony Carmichael’s body was tragically burned as a child. Deeply hurt by the reactions of those closest to her, Briony believes her scars render her unlovable. She hides in her apartment, secluding herself from the outside world.

Tattoo artist Corbin Franklin has everything – including a brain tumor that will kill him. Determined to not let his art die with him, he seeks someone to become his living legacy, a walking canvas for his art.

Drawn in by the idea of having her scars covered with beauty, Briony enters Corbin’s studio and changes both their lives. However, when concerned loved ones interfere in their blossoming romance, the resulting chaos could cost them everything.

Author’s Note: In this re-imagined version of Beauty and the Beast, readers should expect a happy ending that doesn’t follow a HEA as expected in a traditional romance.”

END_OF_DOCUMENT_TOKEN_TO_BE_REPLACED

That! That dance is exactly what I did when I realised I have 200 amazing peeps following me here ❤

I am honestly very grateful! And I absolutely adore every single one of you who takes time out to listen to my rambles 😀

And just so you know, I am never letting even a single one you leave – keeping you all here – with books as bribes 😛

You’ll just have to wait and find out 😀

Love you!! Happy Reading to All ❤

1982. Three teenage girls planning a flight from the Soviet Union to the West end up being sold in Mumbai’s red-light area instead. The murders start a quarter of a century later. The victims are all men. All of them tricks, waiting for trysts with high-class escorts. DCP Rita Ferreira is quick to recognize the serial-killer strain; the media isn’t far behind. The news sends shock-waves through the city. The first serial killer in living memory of Mumbai is out on the streets. As Rita grapples to establish the killer’s pattern through Bhendi Bazaar, the killer gives her 24 hours to stop the next murder. Can she do that before she becomes the next victim?

END_OF_DOCUMENT_TOKEN_TO_BE_REPLACED

Welcome to the Cover Reveal of the New book – Finding Emma by K. Ryan hosted by the wonderful Indie Sage Promo 😀

Give the new cover a check out – read the blurb and since I am sure you will love the premise as much as I did, go give the pre-order links also a heck out 😛

On New Year’s Day, a man is found brutally murdered on the outskirts of Pune City. Pune’s leading investigative journalist, Chakradhar, is shocked by this gory and puzzling crime. The dead man is found with multiple stab wounds in the shape of a hideous smile carved on his face. Post mortem results show that the wounds were inflicted with an old fashioned fountain pen while the victim was still alive.

The case starts spiralling out of control when bodies start piling up with the killer’s signature – the smile carved on victim’s faces. As Chakradhar races on with determination to get to the bottom of this mystery, he uncovers a terrible secret in corporate Pune. But, even when he solves one clue after another, the architect of this puzzle – the murderer – is still at large.

And, suddenly, Chakradhar is at target.