When Korede’s dinner is interrupted one night by a distress call from her sister, Ayoola, she knows what’s expected of her: bleach, rubber gloves, nerves of steel and a strong stomach. This’ll be the third boyfriend Ayoola’s dispatched in, quote, self-defence and the third mess that her lethal little sibling has left Korede to clear away. She should probably go to the police for the good of the menfolk of Nigeria, but she loves her sister and, as they say, family always comes first. Until, that is, Ayoola starts dating the doctor where Korede works as a nurse. Korede’s long been in love with him, and isn’t prepared to see him wind up with a knife in his back: but to save one would mean sacrificing the other…

My Sister, the Serial Killer is a blackly comic novel about how blood is thicker – and more difficult to get out of the carpet – than water…

Read this for #ColorBookedReadathon hosted by @thequirkyreader and @avanireads – January – Color Green and Genre: Mystery/Thriller ✨

This book, again like so many others, has been on my TBR for so long – but I was finally able to pick it up thanks to this wonderful reading challenge.

I didn’t know what I was expecting, even though my expectations were high, but it wasn’t supposed to be this bland, with the kind of blurb that it boasts of.

Korede, the elder responsible sibling to Ayoola, the younger beautiful sister – and one she has been tasked to protect all throughout her life. Even though Korede is a nurse, a responsible independent woman, it is her younger, fickle sibling who garners all the attention, especially from men.

The plot follows Ayoola and Korede as one grapples with the guilty conscience while the other blithely goes around trying to live her life like nothing has happened. No guesses as to which sister is which.

The plot really moves forward when Ayoola sets her sight on a Doctor that Korede fell in love with – a Doctor who in turns ends up being enchanted with Ayoola.

So. Yes, the plot itself is quite intriguing and so are the characters even though we only get the PoV of Korede – it would been a treat to get into the mind of Ayoola; the woman, who has a killing effect on men (and yes, that pun was quite intended!)

But somehow, I was still left.. unawowed? Is that even a word? Maybe not, but that’s exactly how I felt. I wanted to be scandalised & thrilled with such a plotline, but what I got in the end was one that as predictable as any other thriller can be.

P. S. Just a suggestion – listen to the audiobook, if you listen to audiobooks – the narrator somehow made it far more interesting than I expected. 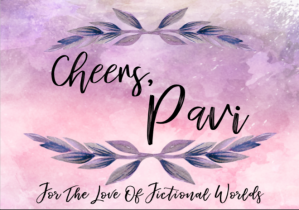