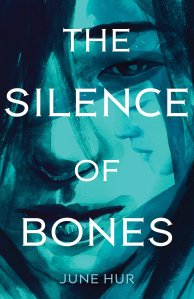 I have a mouth, but I mustn’t speak;

Ears, but I mustn’t hear;

Eyes, but I mustn’t see.

1800, Joseon (Korea). Homesick and orphaned sixteen-year-old Seol is living out the ancient curse: “May you live in interesting times.” Indentured to the police bureau, she’s been tasked with assisting a well-respected young inspector with the investigation into the politically charged murder of a noblewoman.

As they delve deeper into the dead woman’s secrets, Seol forms an unlikely bond of friendship with the inspector. But her loyalty is tested when he becomes the prime suspect, and Seol may be the only one capable of discovering what truly happened on the night of the murder.

But in a land where silence and obedience are valued above all else, curiosity can be deadly.

June Hur’s elegant and haunting debut The Silence of Bones is a bloody tale perfect for fans of Kerri Maniscalco and Renée Ahdieh.

I can’t even begin to articulate how beautifully and atmospheric this debut historical mystery was and how much I adored diving into the history of Korea – a topic that I have never really read about.

The Silence of Bones, set in 1800s Seoul follow the voice and the journey of a 16 year old girl, Seoul indentured with the police bureau – her main job is to assist the Officers when they interact not just female victims in lieu of male officers, and even stand in during autopsies of female victims.

The world that June Hur has put forward is a world where females are considered to be second class citizens; where a woman who runs away is branded yet a woman who born to aristocratic families are usually left alone. It is a world where wearing a cross is an instant death sentence; where the royal family is slowly cleansing its citizens, where abuse, misogyny and violence tends to run rampant. 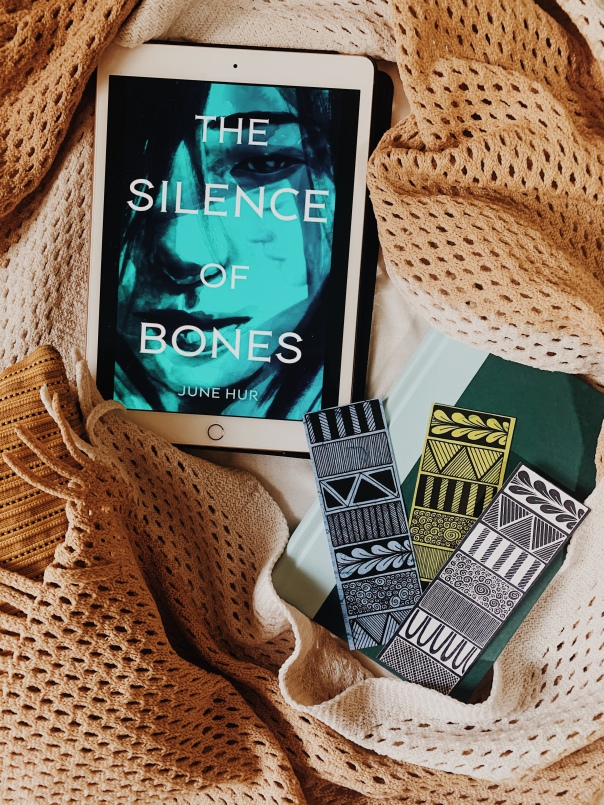 When a high born lady is found murdered gruesomely with her nose cut off; the investigation goes to Inspector Han – a man, an aristocratic military officer with an aloof air and a hint of rebel within him. He allows Seoul a little more latitude than other officers; indulging her curiosity far better than any other officer would. This inspires a fierce loyalty within Seoul for Inspector Han – but the case they work on together will shatter any illusions Seoul might have for and about herself and the brother she has come looking for in the city!

June Hur has written a lyrical and poetic with a mysterious atmospheric historical mystery that would absolutely charm and intrigue even the most ardent fans of this genre – but it is also the perfect read for those who believe that historical fiction can become a little dry – because June Hur will definitely disabuse of this notion with this beautiful book!

Fate. A shackle as solid as truth— unchangeable, unmovable. On the day of my departure, my sister had told me how long I was bound by the government to serve in the police bureau, away from home, from family. For one generation, she’d whispered.

That is, I would be free by the age of forty-one, as old as death itself.

A thunder of fluttering wings filled the sky in all directions, the birds overhead taken to flight. A shriek in the distance pierced the air; a terrified horse. Officer Kyŏn charged ahead, while it took me a scrambling moment to realize what was happening. I jabbed my heels into Terror’s side and followed him through the thicket, over the protruding roots, branches hitting my face.

Then we reached a glade and my heart stopped. Across the stream stood Inspector Han, his sleeve blood-soaked, his hand inching toward the sword at his side. A matter of paces away prowled a tiger, a deep growl rumbling from its white- and- black- striped chest. Powerful paws with sharp claws. The beast looked as large as Inspector Han himself.

“Do not move,” the inspector said, though not to us. Past the thick cluster of leaves was a horse struggling on the ground, shaking its head as blood continued to ooze from its wounded side. And hunkered down behind the creature was Maid Soyi.

Unable to look away from the scene, I hissed to Kyŏn, “Shoot it!”

A muscle worked in Officer Kyŏn’s jaw. Clearly he was incensed at an order from a girl, but he drew out an arrow and nocked it to his bow. As he aimed, the iron point trembled. What resolve he had, I watched falter and crumble.

“I’ll do it.” I snatched the weapon from him and rode out into the glade for a better aim. My motion caught the tiger’s attention. Good. My fear had reached its climax, and another sensation flooded in, a powerful longing that churned within me: the desire to matter.

JUNE HUR (‘Hur’ as in ‘her’) was born in South Korea and raised in Canada, except for the time when she moved back to Korea and attended high school there. Most of her work is inspired by her journey through life as an individual, a dreamer, and a Christian, with all its confusions, doubts, absurdities and magnificence. She studied History and Literature at the University of Toronto, and currently works for the public library. She lives in Toronto with her husband and daughter.

Her debut novel THE SILENCE OF BONES (Feiwel & Friends/Macmillan, April 2020) is a murder mystery set in Joseon Dynasty Korea (early 1800s), and also a coming-of-age tale about a girl searching for home. It was recently selected by the American Booksellers Association as one of the top debuts of Winter/Spring 2020.

She is represented by Amy Bishop of Dystel, Goderich & Bourret LLC.