HAPPY  #BOOKBIRTHDAY to the hilarious new romantic comedy from Pippa Grant – Flirting With The Enemy – check out my review on the blog today as well as an amazing giveaway to celebrate this new release! Enjoy 😀 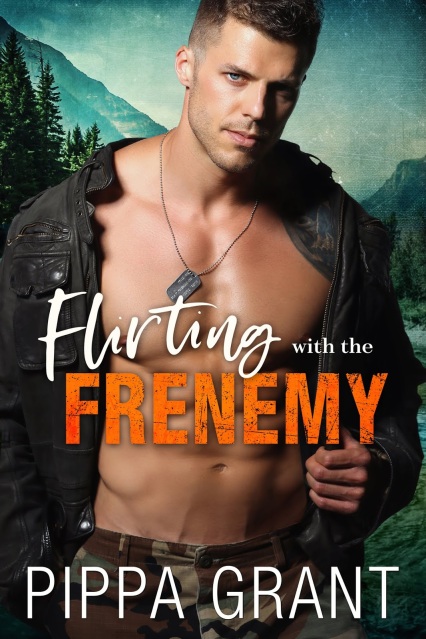 Mission: Survive my best friend’s wedding, where I must play
nice with my ex and his perfect new girlfriend.
Strategy: Bring the hottest fake boyfriend on the planet.
Target: Grady Rock. Master Baker. Dimples. Muscles. The
unicorn of fake boyfriends.
Complication: Wyatt Morgan. My brother’s best friend. My
sworn enemy. Military man. Sexy as hell single dad. The man I let into my panties for one night of hot hate sex after my ex dumped me before my life fell apart.
And the man who just scared off that perfect fake boyfriend.
By pretending to be my real boyfriend. I can roll with this though. What’s the harm in Flirting with the Frenemy if it helps me get the job done?
Complete my mission and move on.
Or so I thought.
Until Wyatt kisses me again and I start feeling things
I shouldn’t.
The thing about weddings…nothing ever goes as planned.
Flirting with the Frenemy is a rollicking fun romantic
comedy featuring a single dad military man, an irritatingly attractive blast
from his past, pirates, cursing parrots, and a wedding gone wild. It stands
alone with no cheating or cliffhangers.

Flirting with The Frenemy is the first book in a brand new Bro Code series by Pippa Grant – it is the first book I have read by her and to be very honest; I laughed – cry my way through the whole of the book; which is very hard to do when you are reading in the middle of the night and the whole house is in their deep sleep – it just physically hurts to keep the laughter in.

Ellie Ryder had her life mapped out – she is in the career she wanted to be in; and a guy she felt safe with – so what if they didn’t exactly have earth shattering chemistry or soul deep connection – so it came as a big surprise when this man, dumps her on Christmas Eve.

Wyatt Morgan is Ellie’s brother’s best friend – and he is down in the dumps for his own reasons – a disgruntled ex; a son he has to stay away from and a career that is responsible for the same. Its Christmas Eve; and he is spending it in the basement of his adoptive family; mostly wallowing in self – pity when he is party of one is crashed by the one woman who gets on his nerves. 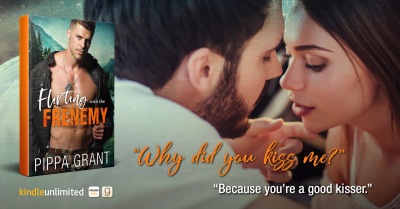 Ellie and Wyatt have always had an antagonistic relationship – everything is a competition between them; and everything about one always irritates the other – but there is always this connection between them as well. And the one night when they are at their lowest, their relationship moves to the one place neither of them expected it to go. But it is also the night when Ellie’s life turned upside down and everything changed.

Now, it’s 6 months later; and with some meddling on Beck’s (her brother and his best friend) part, are under the same roof & with a pirate festival on; and a wedding with her dreaded ex in attendance – it all boils down to some hilarious and uproarious situations, intermingled with some emotional moments makes for a very entertaining read – and with that little tidbit shared about Beck’s hilarious foot in the mouth situation; I really am going to enjoy more of Pippa Grant’s writing!

WIN: A Flirty Box of Crap – click on the image below to enter 😀

Pippa Grant is a stay-at-home mom and housewife who loves to
escape into sexy, funny stories way more than she likes perpetually cleaning toothpaste out of sinks and off toilet handles. When she’s not reading, writing, sleeping, or trying to prepare her adorable demon spawn to be productive members of society, she’s fantasizing about chocolate chip cookies.Books by Pippa GrantMister McHottieStud in the Stacks
The Pilot & the Puck-Up
Royally Pucked
Beauty and the Beefcake
Rockaway Bride
Hot Heir
The Hero and the Hacktivist
Hosed
Charming as Puck
Flirting with the Frenemy
Author Links
FACEBOOK
FACEBOOK GROUP
TWITTER
GOODREADS
BOOKBUB
WEBSITE
INSTAGRAM
SOCIETY6 STORE