Witness the private life of the world’s most beautiful animals.

You know exactly who they are. The ones who walk right past club lines, who get what they want before they ask for it. It’s a familiar cast: the centre of attention, the shameless flirt, the loudmouth, the narcissistic writer. You’ve seen them all. You’ve felt their Gucci-anointed aura. Laughing and dancing. Kissing the wrong people at the wrong time. Swaying to their own beat. Going out every night they’re sad. Finding solace in the crowd in a city paved with mildly good intentions and cocaine lines. A city of smooth talkers, armchair activists, and the rich brats of Instagram. A place to talk pop spirituality and purple prose in connoisseur-only jazz clubs.

The Bitter Pill Social Club takes a look at the lives of the Kochhar family, who find themselves drifting apart in the city of djinns, gins, and fake friends wrapped up in cigarette smoke. As one of their own gears up to tie the knot, three siblings come home to the neurotic parents who raised them. Meanwhile the parents face the family patriarch’s constant judgment. Divorce, disappointment, and disasters ensue as the entitled Kochhar brood dodges old lovers and marriage proposals.

Disclaimer: I was provided with an ARC by Bloomsbury India in exchange for an honest review. However, all the thoughts, feelings and opinions expressed in this review are my own.

You know what my guilty pleasures are? Binge watching drama TV Shows that have me addicted to their constant drama, insane antics, and their entitlement of world’s pleasures – but when you get that exact social drama in a written format? How could I ever pass it up!

The Bitter Pill Social Club is the story of the Kocchar Family; the whose who of the Page 3 family – and it took only a few of their over the top insane chapters to get me right there on their impractical hokums!

The plot threw quite a few curve balls that I didn’t expect and that seriously threw my mojo off the track; but I have got to admit that was a brilliant stroke by the author – for it might have become stagnant with all the antics, no matter how hilarious and satirical they maybe.

So, the fact, that Mr. Dahiya was able to keep my attention hooked throughout all the antics of ever day of Kocchar Family was quite commendable; especially considering that the lives of three generations were woven brilliantly intricately into the plot!

The writing of the author is the foundation of this book – he has made the lives of a family; a family whose frolics fill this book in a way that have not only exasperated, but also giggling and rooting for the characters right till the end!

The only flaw I could find was that while the I definitely enjoyed the characters and their antics – yet the character growth in them through the plot was quite choppy. It could have been avoided even with a little bit of background into the time passed between one plotline to the other!

The Bitter Pill Social Club, is the kind of a book, you would love getting lost into; for you would no choice since it is an addictive, yet hysterical look at how we commoners believe the wealthy people live their lives (though hopefully theirs is a bit more boring than the fictional Kocchar family 😛).

AMAZON IN | AMAZON US 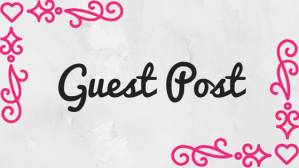 “MOST OF US, FROM DIFFERENT ECONOMIC BACKGROUNDS, DO BELIEVE THAT THE WEALTHY PEOPLE LIVE A CHARMED LIFE – BUT YOU HAVE A SHOWN A SIDE TO THESE FAMILIES THAT MOST OF TEND TO IGNORE.

WAS THIS LESSON PLANNED? OR JUST A SIDE EFFECT OF THE BOOK ITSELF?”

I don’t think I had it in mind to be a lesson strictly speaking but there was always clarity that there’d be a larger arc of self-discovery if not for everyone but at least for a few members of the family. There’s always a ‘grass is greener on the other side’ situation but I think it was fairly important that most of them understood the importance of family. As much as everyone wants to leave home and find themselves, be their own person, they always come home to family and find themselves (for the most part) wholly accepted. I’m really interested in these strange characteristics at play in Bitter Pill, the juvenile behavior of the parents, the inevitably messy family gatherings, the fact that they can at once be so chic and then blurt out the crudest cuss words. It’s messy, it felt real. I didn’t plan for it to be that way I thought I’d make it a light comedy thing and maybe someone would read it maybe they wouldn’t but it turned into an honest story which felt worthy of being told.

DID YOU MAKE PLANS FOR THE BITTER PILL SOCIAL CLUB? OR WAS IT A SPONTANEOUS WRITING; BECAUSE THE CHARACTERS SEEM TO HAVE AN AFFINITY FOR INSANE ANTICS.

Well initially I was just playing around with the characters, trying to see how crazy I could let them be, it’s interesting to work with that freedom because I guess I’d rather be reigning in their bad behavior than try to forcibly make them act that way. I’d always wanted to do a story about a dysfunctional family but that was from a different perspective – the closest character to that idea would probably be Vir – but once I had a playlist in place that changed so much. It has a little rock and roll kinda vibe to it with the music of Arctic Monkeys. And now I was writing to that soundscape so I found the larger thread to work on which was this entire family that seems to have a charmed life but it’s chaotic the more you get to know them. Once the general idea had formed I took a load of post-its and plotted the general flow of events in the book because I think for any writing project it’s really important to have that as a touchstone to refer to. Often times you end up digressing while writing because things are just flowing but you do need that sort of referential grounding.