Barely a month has passed since the royal wedding of Emperor Akbar to the legendary Jodha, when the new queen’s brother, Sujjamal, is found murdered in the palace gardens.

With his honour and reputation at stake, Akbar asks his trusted advisor Birbal to solve the mystery. The murder has taken place in a garden, at a spot between two mango trees, and the two guards who are eyewitnesses have conflicting versions of what could have happened. Was it suicide? Was it Akbar himself who ordered the killing or was it the Rajputs who accompanied Sujjamal, his uncles and cousin, who are guilty?

Set in a period that has been described as the golden age of the Mughals, the novel draws us into the royal court of Agra, abuzz with political intrigue, personal enmities and hidden rivalries, where everyone is a suspect until proven otherwise. 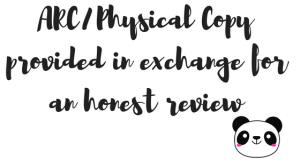 Disclaimer: A Huge Thanks to Westland Books & Amazon Publishing for providing me with a review copy. My thought, opinions and feelings expressed in this review are, however are my own!

And the author, Sharath Komarraju does a brilliant job of recreating these favorite characters from my childhood.

This is the second book in the Birbal Mystery; but even if you are a newbie to these characters like me, you still wouldn’t feel lost. It can be read as completely standalone.

The Trees Bear Witness is a short and simple read; yet it was a scintillating read!

“The person who is the most suspected (of a crime) is often the criminal.”

Birbal is re – imagined EXACTLY as I remembered; sassy, intelligent and a little bit arrogant when it comes to peasants or even lesser intellectuals like your or me 😛

Akbar is another character who was perfectly re – imagined by the author; majestic, politically inclined and more silent than Birbal yet the connection between Akbar and Birbal is palpable and a friendship that is strong and resilient.

The plot, though, is where it gets a wee bit predictable; while it was pleasurable to work with Birbal solving a case that starts off mystical, trying to provide sense of thrill for the reader – but it does become a predictable; even if I enjoyed the journey of reaching the conclusion with an old friend of mine.

The writing of the author is simple yet effective for a reader like me; it had me engrossed for the time I spent within the pages of this book.

If you were an early starter like me, then you would have loved Akbar and Birbal like I did, then you will love reading this Birbal Mystery as well!