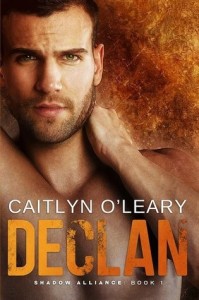 Some serious shit went down when I was in the Army. I mean brutal. After my last tour, I created the Shadow Alliance. Me and my team know how to get things done, and will take on all those jobs that others won’t. My name is Declan McAllister and when it comes to keeping people safe, I’m your man. Mess with me and I will rain hell-fire on you like you’ve never experienced before.

Few things get my motor running like beauty and brains. Okay, a nice ass doesn’t hurt either. Getting a chance to work with FBI Agent Allison Davies, who is the whole package, normally would be great, except when she followed my butt down to the flood ravaged country of Paraguay to track down a traitor, and ends up putting her career on the line.

Now here we are attempting to keep things professional, but the more I watch Allison pour her heart and soul into this case, the more I want to see what that same passion would be like between the sheets. 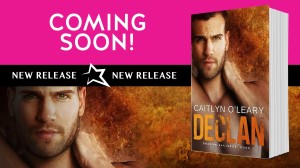 You want to know about me?

I believe in three things: loyalty to my friends, helping those in need and the end justifies the means.

Pre-order your copy at the following retailers:

I dropped to one knee and stared at the little boy who looked like he might be sleeping amongst the dust and debris.  Brushing off the bits of rock and rubble from his face, I picked him up and hugged him close.  Despite all my prayers, I knew deep in my heart he was dead, like all the others in this God forsaken mess that surrounded me.

Something red and blue caught my eye.  It was a little stuffed horse. Had it been the boy’s?  Goddammit, be careful, you’ll drop him.  Regaining my balance on the cement fragments, I bent down and picked up the toy and put it on the child’s chest, cuddling both of them closer to my heart.

The little boy had lived in this house, one of three destroyed in one fell swoop, killing innocent women and children.  The damn headdress obscured my vision for a moment, or was something else in my eyes?  I saw something move towards me.  Men with shovels, running and shouting.  After a moment, I understood them.  They were right.  Maybe there were survivors.  I could help look, or at least help dig out the remaining bodies.

A warm hand  touched my shoulder.  I turned, it was Brannon Dodge.  “We’ve got to go.”

“No.  No, you didn’t.  Dec, we’ve got to go.”  The body of the little boy was cooling in my arms despite the heat surrounding us.  He would never grow up.  Never go to school.  Never become a man.

“We’ve got to leave the country,” Brannon insisted.

“I’m not leaving.”  There was no way I was going back to the US.  I’d help these men bury their loved ones.  If they realized I was an American, so be it.  I deserved whatever happened.  The intelligence provided by one of my men had done this.  Death would be welcome.

Brannon called out loudly in their native tongue, “Whose son is this?”  A crowd of men swarmed and one sobbed.

“My boy.  My boy.”  The man trembled as I carefully placed the precious bundle into his arms, making sure the stuffed horse stayed with him.  He wailed loudly in his grief, as people huddled around him, trying to offer sympathy.  Brannon grabbed at my arm.  I was just too tired to pull away.

Step after step he dragged me.  I couldn’t help myself, I kept looking backwards at the devastation I’d wrought.  Homes that an hour ago had held happiness, joy, and dreams of a future.

“Not going to happen, major.”

So fucking tired.  How many days had we been there?  We’d been weeding through leads and chasing our tails for what seemed like forever.  The team had been shot at, stabbed, and now this.  Laird was barely hanging on and had been sent to Germany..  My thoughts sent the bile rushing into my mouth and I doubled over losing the little bit of food I’d eaten that morning.  Brannon stood there, then I made a run for it

“Declan, they’ll figure out you’re an American.  You’ll be killed, or worse.”

I turned to tell him to shut up, and met his fist.  It all went dark.

Caitlyn O’Leary is an avid reader, and considers herself a fan first and an author second. She reads a wide variety of genres, but finds herself going back to happily-ever-afters. Getting a chance to write, after years in corporate America is a dream come true. She hopes that her stories provide the kind of entertainment and escape that she has found from some of her favorite authors.

It’s a bit Paranormal, a bit Sci-Fi and 100% Action/Adventure. The characters have special abilities, that make them targets.

This is focused on a group of Navy Seals. What makes them special is their bond to one another, and the women they come to love.

This is the series that started her career, it is a Menage Series that takes place in Fate Harbor Washington. It focuses on a tight knit community who live and love and care for one another.