Welcome to the Blog Tour for Tell Me A Desire by Tamara Lush hosted by the wonderful Inkslinger PR!

Check out my thoughts on this new addition to the story series, and don’t forget to check an awesome sauce giveaway!

Tell Me a Desire: Episode TWO of The Story Series

Emma and Caleb spend nearly all their free time enjoying each other sensually, but she wonders how permanent their relationship will be.

Emma’s beloved Orlando bookstore is saved, thanks to Caleb’s quick actions. She’s caught up in a dizzying whirl of work and play, between her business, his palatial condo and the romantic getaways her handsome real estate mogul plans. But her 35th birthday brings not only sweet gifts, but the bitter realization that if she’s going to have a family, it has to be now. She wants forever, but what about Caleb?

Caleb is in love for the first time in his life, and he can’t do enough for his raven-haired temptress. He’s happy living in the now, showering her with gifts to make up for her childhood, spent in poverty. But when Emma brings up the future, it becomes clear that she’s not the only one with a past that can rear up and threaten their happiness. Despite all the daring exploration he persuades her into, marriage may just be his hard limit. Will he find a way past his darkest fears? 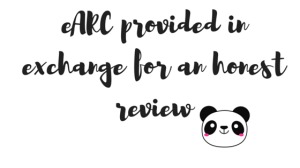 Disclaimer: This book is the sequel to Tell Me A Story and Should NOT BE READ AS STANDALONE. However, rest assured there is no cliffhanger ending!

I adored Emma and Caleb in Tell Me A Story – how they started, their insecurities and their miscommunication, and the simple connection that they both shared.

So I was really excited to know how they both proceed forward with their relationship – especially considering that this is a 6 book series!

And It started off exponentially – you have both Emma and Caleb, still enjoying their domestic bliss when a surprising information by the doctor rocks Emma’s world.

Still in  the honeymoon phase, she is reluctant to do anything that rocks the boat, even if she has a lot of questions in her mind!

Okay, here’s the thing I DO NOT like about a series following just a single couple – the stories tend to drag a bit!

And that’s how I felt at times with this second edition – don’t get me wrong, I adored Emma And Caleb together – their chemistry, their connection didn’t lose a single iota of power from the first book to the second, but Some mistakes were repeated again and again – the lack of communication between them being the biggest, and it did get on my nerves at times!

But I am so happy that Ms. Lush made sure that it didn’t drag on for lone – I am in awe of writing skills – seriously, the writing just freaking flows and it was one of the main reasons that I got lost in the book, even when the characters got on my nerves.

And now, I can’t WAIT for the next book, for it has a blurb that is killing me right now!

During the day, Tamara Lush writes news as a journalist with The Associated Press. At night, she writes fictional romance tales about complicated, sexy men and the women who love them.

TELL ME A STORY is Tamara’s first novella. It’s the first episode of The Story Series, a five-novella serial about a bookstore owner who reads erotica to a billionaire during a literary event in Florida.

When Tamara isn’t reporting, writing or reading, she’s doing yoga, cooking for her Italian husband or chasing her dogs on a beach on Florida’s Gulf Coast. She loves connecting with people on social media.