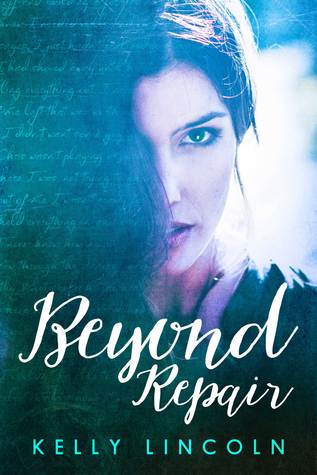 Five years ago, Brooke had everything she wanted… until it disappeared like a magic trick. While she grieved the loss of her perfect future, fate sealed it. Moving on wasn’t an option. It was a requirement.

Now, Brooke has more money than she knows what to do with. But she also has panic attacks, no relationships outside her family, and a daughter. Brooke may have shut down, but there is no way to numb the constant terror that Mia could be taken away from her. She spends her days looking over her shoulder and avoiding her shameful memories.

She’s fine hiding from the world until Chris moves next door. A friendship forms when they unwillingly bond over their painful pasts. As walls come down, their relationship starts to develop into more. Brooke now realizes everything she’s missing out on and wants—a happy and stable family for her and Mia.

But Mia may not be the child with no traces of her father as Brooke assumed. And making a moral choice will risk everything.

This book contains explicit language, graphic sexual content, and sensitive topics which may be triggers to some readers. Reader discretion is advised.

You read that blurb and you think that this is going to be like one of those normal “scarred by the past heroine and the man who heals her” and you would be right.. but partly! Because this book is so so much more!

Brooke is a woman stuck, not in the past, but in her own head – she had the world in the palm of her hands, and lost everything in a turn of events that would have broken anyone, even her, yet she put herself together for the sake of her daughter Mia. Now she lives her life in a bubble that involves her daughter, her family and her work. She has no place in her life for any sort of romantic entanglements, especially considering she always lives in that fear of someone!

When Chris moves in next door, she is stunned by the instant attraction she has towards him, when she hasn’t noticed any Man at all in the recent past. Chris is battling his own scars, but he is still a man who is humble, loyal and in his heart, the most loving fictional character I have ever had the pleasure of coming across. When Mia becomes instantly attached to Chris’s nephew, Chris and Brooke start spending a lot more time together and an attraction that is explosive turns even more enduring!

I loved Kelly’s writing style – this is a simply told love story, in a way that you don’t even realise the impact it had on you until you reach the end f the book! I am not even going to lie – while I was reading the book, I actualy believed it was going to be a 4 Star read, and then BAM! it happened, Kelly just basically threw every assumption I had made about both the characters in such a twisted way that I actually wanted to stand and applaud her – I didn’t of course, I was at my workplace and nobody even knew I was reading *shhhh! Let’s just keep that between us, shall we? ;)*

You want to know why this became a 5 Star read? – Because by the time I was finished, I realised that I wanted what Brooke and Chris had – the sharing and the mutual support of the hell their demons had given them, yet the courage they found in themselves to fight with the past, just by being with each other – How can you not adore that kind of relationship? How can you not want to emulate that kind of relationship?

This book makes you think and feel a roller coaster of emotions that you feel drained yet energized by the kind of hope that this book generates in you! I loved the feeling I got when I read this book and I can’t wait to read more from this wonderful author!

“Sometimes when you meet someone, you just know you want to eat mediocre pizza with them and jump into a ball pit.”